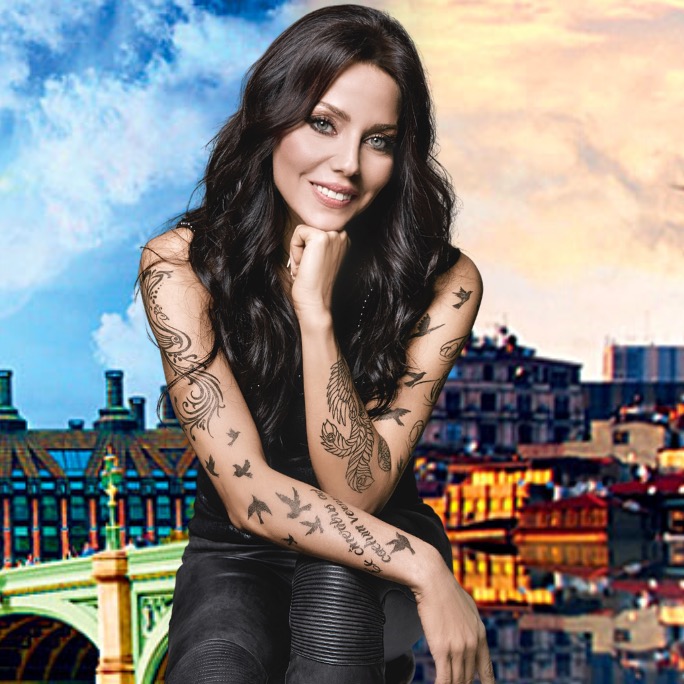 Selin Vüsat Söğütlügil was born on June 6, 1970 in Lansing, Michigan, in the USA. She is the daughter of Hayrettin Oytun Söğütlügil, the cousin of the founder of the Republic of Turkey, Mustafa Kemal Atatürk (see, Atatürk’s Bloodline), and Leyla Barlas Söğütlügil.

After graduating from the Şişli Terakki High School in Turkey then from the St. Charles High School in the USA, she majored in Art History at the Fashion Institute of Technology, in New York in the USA and at Mimar Sinan University. She went back to her educational life years later on child development. She did her Master’s Degree in 2017 with a degree of excellence on Scenario and Film Production at the Regents University, Film, Media & Drama Faculty in the United Kingdom/London. She has been continuing with her Literary Arts Master’s Degree at the United Kingdom/University of Oxford/Kellogg School of Literary Arts since 2018.

Aside from the movie and theater scenarios that she has written; she worked as an Editor-Author at Gentleman Dergisi (Magazine) affiliated with Turkey/Optimist Media Group and at Mag Dergi (Magazine) affiliated with Turkey/Mag Media Group with the Journalism Training that she had taken at the University of Oxford, and she still writes as the European Representative for the Mag Media Group. In addition to her Master’s Degree Teaching Assistant Position for Brand Management and Strategies at the Department of Marketing Communications at Ayvansaray University in 2019, she started working as an academician/mentor at Regents University, London as of 2020.

She has taken part in many marathons which she attended worldwide and which had the objectives “children-oriented aid campaigns and social responsibility projects” as well as her interest in sports from childhood, and sailing and archery that she performs as hobbies. Still, she carries on with her ideals in line with the said objective with the projects that she implements every year. She has conducted fund development activities worldwide for the benefit of Söğütlügil HeforShe Organization, Spinal İnjuries Association and UNICEF; and the Life Without Cancer Organization, the Educational Volunteers Foundation of Turkey, AKUT Search & Rescue Association and the Veterans, Martyrs, Widows and Orphans Association of Turkey in Turkey. Söğütlügil, who is a former swimmer of the Swimming Coaches Association, is also a member of Greenpeace, the Harrodian School Committee, Life Without Cancer Organization of Turkey, the AKUT Search & Rescue Association of Turkey, the Veterans, Martyrs, Widows and Orphans Association of Turkey, the UK Field Archery Association, Sentient Sailing Team, UNICEF and the Regents University Sports Team. After her working experiences in the country and abroad, her passion for literature that has been there for all her life turned into her love and purpose for life. The pioneers of “Magical Realism” which started out with Jorge Louis Borges has become an inspiration for Söğütlügil’s literary creations. She defines Tanpınar, Neruda, Marquez and Proust’s light; as a reflection of the world of emotion. Her books that she wrote with the existentialist and romantic style that stand out with her writing style, Kanatlarım Aşktandı (My Wings of Love) /2015 and Mavi Sağanak (the Blue Downpour) /2016, met with the readers via Alfa Yayınları and Mona Kitap. In addition to her works in the categories of poetry and novel, she also carries on with her activities in the fields of Brand Management, Scenario Writing, Documentary and Adaptation Scenario portfolio at the Simurg Art House, UK which she founded.

She developed the aid campaign; “The Children Must Live” that was implemented as a Life Without Cancer Association project at the Great Wall of China Marathon that took place in China on May 20, 2017, and with this objective, she received the title of “the First Female Turkish Athlete in History to Have Run Across the Great Wall of China” in the most challenging Marathon of the World where she represented our country.

Selin Söğütlügil defines herself as someone who believes that reaching the truth is magical and who has achieved happiness, each moment of being that person is valuable. That is the happiness for embracing life with passion; existing in life as a woman, and above all, being a ‘Mother’. Selin Söğütlügil is the mother of Dila, Cana and Ata Aslan Tütüncü.